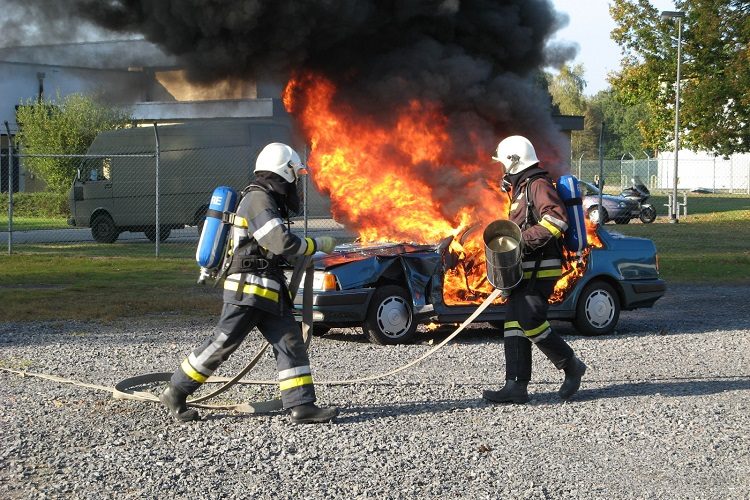 An extra-alarm fire at a vacant church in the Albany Park neighborhood is under control and nobody was hurt Wednesday afternoon, officials said. It’s the third fire in Albany Park to which the Chicago Fire Department responded in the past three days.

The blaze, erupted at a church, 4500 N. Spaulding Ave., according to Fire Department spokesman Larry Merritt.

As of about 2 p.m., the fire was extinguished, Merritt said.

Ald. Rossana Rodriguez, 33rd, said she was very concerned when her staff told her about the fire as she sat in a City council meeting, and quickly called the Office of Fire Investigations to see if there was any link between this fire and the other ones this week.

The Fire Department is “obviously aware” of the three fires within a small area, but there was no evidence showing a connection Wednesday afternoon, Merritt said.

The building was previously a Korean church but had been abandoned for several years, Rodriguez said.

“It’s really sad. It’s a beautiful building,” she said. There was a proposal on the table to develop the area into apartments, she added, but it hadn’t been finalized.

Dozens of parents and children, many seemingly walking home from school, looked up to see the shattered stained glass windows and blackened interior of the church Wednesday afternoon.

Stan Lau, standing with his eighth grade son, said he could smell smoke from his home down the street.

“I was surprised that there’s two major fires in just less than a week,” Lau said, referring to another fire that broke out Monday in the same neighborhood, less than a mile away.

A firefighter was injured in a separate fire Tuesday, in the nearby 3300 block of West Cullom Avenue, according to the department’s Twitter.