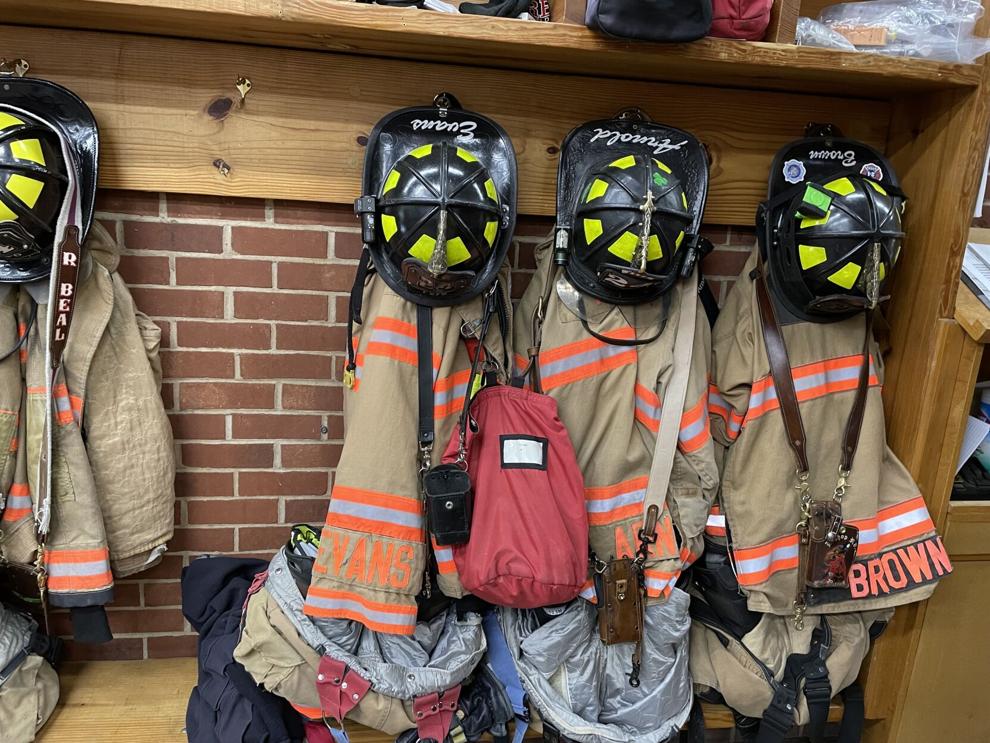 29 days ago mosorno1 in Uncategorized 78

And that has county officials worried. Worried enough to consider paying people $15 an hour to train to be a firefighter.

As it stands now, it takes 15 to 16 months to get a volunteer firefighter certified, said Jim Albright, Guilford County’s director of emergency services. And that’s if the volunteer has the time to train — two nights a week and every other weekend — as well as money for school and equipment, which can cost thousands of dollars.

Even if the person is able to devote 40 hours a week for training, it still takes about six months to get through the process.

“That’s a significant barrier for people that want to volunteer their time in a community,” Albright said.

So the county is moving toward creating a “Fire Academy” similar to those run by Greensboro and High Point. The county would reimburse the 19 fire districts — which provide coverage for about 128,000 residents — to hire people and train them to become certified as firefighters.

“And if we don’t create the pipeline … we’re gonna be hurting as a community because nobody’s gonna be driving those yellow trucks and red trucks and those law enforcement vehicles,” Commissioner Alan Perdue said at a work session last week.

Commissioners asked Albright to bring a proposal back to them by their next meeting on May 5.

Though he’s still putting together the details, Albright said Monday it would cost the county slightly more than $1.2 million over three years. He said the money could come from the federal American Rescue Plan Act of which the county has received $104 million.

“The cities of Greensboro and High Point have run their own fire training academies for decades,” Albright said. “But county fire historically hired people that were already fully credentialed and what we found is those people are no longer coming along.”

Traditionally, this pool came from volunteer firefighters. But now municipalities are luring professional firefighters away from the smaller departments, exacerbating the problem.

The COVID-19 pandemic also made the situation worse, Albright said. “Many of those volunteers during COVID basically ceased their volunteering.”

Though they’re known as “volunteer” fire departments, only one of the county’s districts is entirely volunteer: Kimesville Volunteer Fire Department in the southeastern portion of the county, Albright said.

The remainder of the departments, which contract with the county to provide fire service, pay firefighters — though many also have volunteers.

And though he wants to get the program started, Albright urged caution in rushing the recruitment process and not attracting a diverse pool of candidates. He hopes to get 75 new firefighters over three years. The program, if approved, could start in January — to align with course offerings at GTCC, Albright said.

Commissioner J. Carlvena Foster has questioned if $15 an hour is enough to attract candidates.

Albright said Raleigh and other cities are paying $12 per hour.

“These folks, when they are assigned into the fire district, typically work 24-hour shifts so they work 2,912 hours a year,” he said.

“I think, particularly for people with zero experience … I believe that we can find interested applicants at that pay rate,” Albright said.

The department oversees 52 square miles with a population of about 30,000, including Jamestown and the Adams Farm area.

Where once the department had 93 firefighters in 2008 — 59 of them volunteers — it now has 62 firefighters, 12 of whom are volunteers.

“Because of the decline in volunteers, we’re having to create more positions and hire more career staff,” said Carson, whose department is currently down one firefighter. “I think there’s a lot of departments right now with vacancies, though I don’t know what that total number is in Guilford County.”

One way Pinecroft Sedgefield has dealt with the decline in volunteers has been to have a “resident firefighter” program. This allows people who live throughout the state and who are attending GTCC’s 19-week, daytime fire academy to live at one of the district’s stations.

“They’re firefighters affiliated most of the time with another department throughout the state,” Carson said. “And so we’ll get together with their home department and we’ll house them at our fire stations.

“It allows them, while they’re in the academy, to gain the real-life experience of the firehouse. But also it allows us to supplement manpower and … have additional staff on at the fire stations in the evening time.”

From 2012 to 2021, the district’s call volume rose from 2,589 to 3,186. Carson said the volume of calls dropped during the pandemic, primarily because of the shutdown but also to limit how many emergency responders entered assisted-living facilities during a call.

“But we’re seeing call volume get back up. We’re up to 25% … from this time last year,” Carson said.

He said Albright’s proposal could “be a game-changer for the way that we’re able to recruit and hire people.”

“With this program in place, I can utilize that salary of (the vacant position) to backfill that position while also hiring another employee and getting them employed and through the certification class,” Carson said.

The program also opens opportunities for more diversity within the department, he said.

“Unfortunately, it’s not a diverse workforce, and that’s just the history of the fire service,” Carson said.

Carson acknowledges that some employees could just take the training and seek employment at another department.

“There’s always that risk involved,” he said, “but … one of the benefits of this program is recruiting people out of the community in which they live to be able to work in that same community.

“The volunteer fire service, as it began, was made up of firefighters inside the community that they that they lived in. And we’ve lost that just because we’ve hired up all of our volunteers.”