HomeArticlesUncategorizedMaking the Case for Search on the Modern... 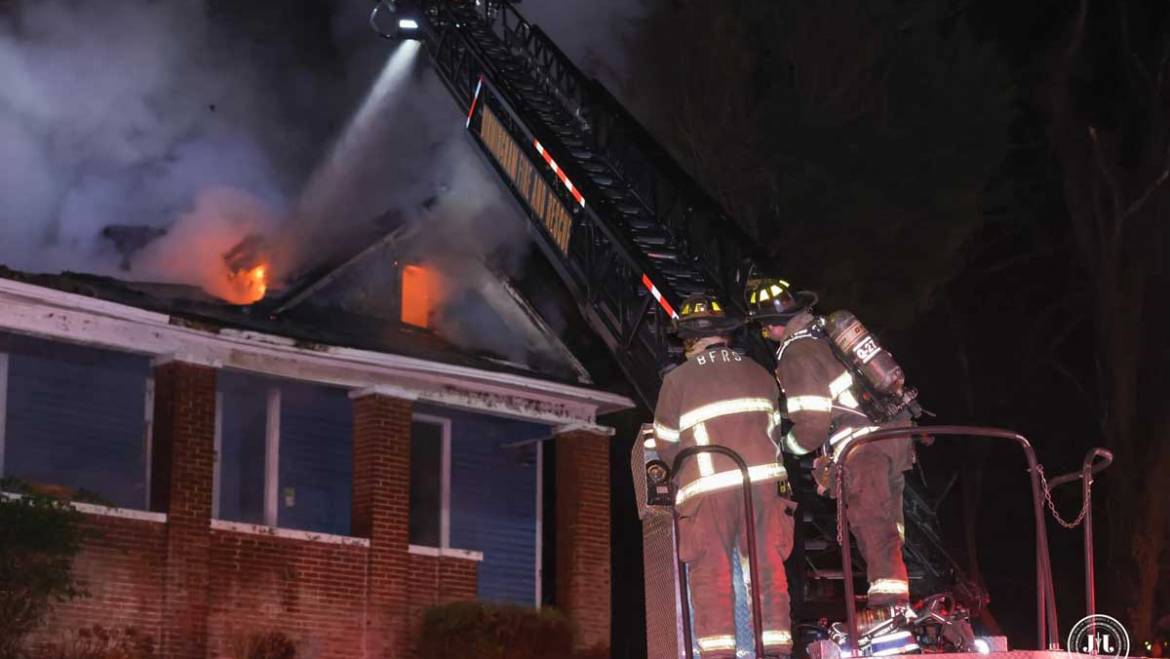 17 days ago mosorno1 in Uncategorized 29

According to the U.S. Fire Administration, in 2021 there were 2,265 civilian fire deaths in the residential setting. For those who might think otherwise, this should emphatically underscore the fact that there is still a fire problem in America. For years, as EMS and other all-hazard responses have been added to our list of responsibilities, many fire departments have placed more attention on these responses. We’ve been sold a bill of goods. We’ve been told fires are down. We’ve been told we need to focus on these other skills. As the late Andy Fredericks stated in his 2000 FDIC speech, we’ve been told: “Don’t worry about that nozzle, kid.” Meanwhile, civilians are still dying at fires. To paraphrase Chief Mike Lombardo, the hallmark of any great fire department is interior fire attacks and fast primary searches. Both of these start with size-up.

Over the years, firefighters have been taught all sorts of tips that help with size up upon arrival at a house fire. Some have to do with the structure and building construction but most of these tips focus on trying to decide if anyone could possibly be home. The obvious first one is “time of day.” This one was simple in the traditional setting. Is it during working hours or non-working hours? The second is to look for cars in the driveway. You can even take a thermal imaging camera and scan the hood of the car to see if it is still warm. Look for toys in the yard to indicate the presence of children and what age they might be. Are the power meters missing or is the gas shut off? Is the home well kept on the outside? Is the lawn overgrown or freshly mowed? Are any of the windows boarded up? These are just a few of the things many of us have been taught to look far.

Problems in the Urban Environment

There are many factors that play into size-up, especially in the urban environment. Several of these topics will still apply to suburbia, too, but in this case I will focus on the urban environment. The poverty rate is higher in the urban environment. In Birmingham, Alabama, the poverty rate is 28.1%. In Mobile, Alabama, that number is 22.4%. For comparison, the poverty rate in Pittsburgh, Pennsylvania, is 22.0% and in Detroit, Michigan, it is 37.9%. (welfareinfo.org) With high levels of poverty, come all sorts of problems when you try to apply some of the previously mentioned size-up indicators. Often houses may be unkempt and may have overgrown lawns, no cars, boarded-up windows, no power or gas, etc. Often homeowners may not have insurance to repair any damage. Several years ago my company made a fire in a house. We fought hoarding conditions and high heat to put the fire out. The family never moved out of the house and three years later the house still has signs of fire damage on the exterior as well as being boarded up on two windows.

With a high level of poverty comes unemployment. The obvious with unemployment is that our citizens are more likely to be home during the day. In 2021, the unemployment rate in Birmingham was 5.2% and in Mobile was 5.9%. Comparatively, in Pittsburgh it was 6.2% and in Detroit, 10.7%. (homefacts.com) One problem with the unemployment rate is that it does not take into account low-paying jobs or whether the job is full time or part time. While unemployment rates sometimes drop to lower levels such as 5.2% in Birmingham, it does not tell us anything about how much money the citizens of Birmingham or other cities are bringing in or their quality of life. Quality of life translates into things like how well maintained their home is or if they can afford to have car. Public, mass transportation is readily available in the urban environment and takes away the need for private transportation. Without the need for private transportation, firefighters are less likely to see cars in the driveway or curbside. During the beginning of COVID in 2020, unemployment in Birmingham was 15.5% and 38.8% in Detroit. (homefacts.com)

Another problem that plagues urban environments is homelessness. While the reported homeless population in large urban cities typically does not appear high, it still poses a significant problem for firefighters, especially in cities with a high percentage of abandoned properties. In 2015, Birmingham had a homeless population of 1,153 and Mobile had 578. (US Department of Housing and Urban Development) In Pittsburgh in 2020, that number was 887 (Allegheny County 2020 Point in Time Homelessness Data). That same year in Detroit there were 1,589 homeless people. (detroitnews.com) There is a large possibility that these numbers are well on the lower side of accurate since the numbers are based off of people that have asked for assistance. Although most major urban cities have plenty of homeless shelters, all one has to do is drive around their territory and see citizens sleeping in homeless camps or on cardboard boxes in business doorways to stay out of the rain. Walk-throughs of abandoned apartments or houses will often yield signs of squatters such as empty food and drink containers. As of October 8, 2022, 548 voluntary surveys for 2022 have been submitted to The Firefighter Rescue Survey. Just more than 5% were reported to have been in buildings reported abandoned, vacant, or boarded up.

What about shift work? This includes both part- and full-time workers. Not only will shift workers be home at different times of the day, part-time workers may have shorter shifts, leading them to be off work the majority of the day. According to the United States Bureau of Labor Statistics, in 2017-2018, 16% of workers worked shift work. This accounts for people that work outside of normal business hours. At that time, pre-COVID, almost 1/5 of the work force worked hours other than normal business hours. That leaves 1/5 of the country’s population at home during the day and sometime sleeping during the day. During that same time frame, 15% (21 million) of all wage and salary workers had days that they only worked from home. Over 50% of those worked one day or more per week at home and 1/7 worked at home five days or more a week. As you can see, even pre-COVID there were millions of people who were employed in the work force who could be found at home during the day, some awake and working, some asleep and recovering from working the night shift. Another aspect to consider is how many families in the United States still have the traditional male/female roles with the father working while the mother stays at home. While times have certainly changed over the last 30 years and a much higher percentage of women chose to enter the work force, there are still plenty of women that are homemakers. All of these reasons listed above are why firefighters cannot let time of day bias our decision-making process and obscure the new reality.

There is no doubt that COVID-19 has changed the landscape of our workforce. As you just saw, pre-COVID there was already a considerable number of employees working from home. With COVID, many governments, businesses, and industries required that work kept being done but deemed employees non-essential—thus, telework became bigger than ever. Now COVID is on a down trend but one thing that has been learned is that productivity can still be easily accomplished with remote work. According to a PEW Research Center article from December 2020, 71% of adults interviewed who could be working from home said they were working from home. 20% were working from home prior to COVID, and 54% stated that they would still want to work from home after COVID ends. Telework has become a large recruiting tool now that COVID is waning. Private industries and public sector jobs, as well, are using telework as a means to attract qualified candidates who may be looking for a nontraditional approach to work. These changes in the workforce suggest more citizens will be at home during all hours of the day.

As we’ve already discussed, the probability that someone may be home during the day is high. Many adults will keep traditional hours. These include people working via telework during normal business hours and mothers and wives staying at home in the traditional homemaker role. These people will be apt to hear smoke detectors, see smoke and fire, and ultimately escape from the house prior to our arrival. However, there are people who are keeping nontraditional hours with telework. Some jobs do not require set hours and as such people are able to set their own schedule. Others may work for a job that keeps hours with the other side of the world, forcing them to sleep during the day and work at night. Some people may not be working such as retirees and unemployed. Tired mothers of newborns may be taking a nap whenever possible.

Using data from the first 2,000 rescues from the Firefighter Rescue Survey, we see numbers that supports much of this. 45% of victims were found in bedrooms. Time of day for the rescues is broken down into 8 3-hour increments. Bedrooms were the top location for all hours of the day with the lowest percentage being 34% and were consistently over 40% regardless of time of day. 39% of total rescues were conducted during times when people would traditionally be getting ready for work, at work, or returning from work, 0600 to 1800. During this same time, 15.8% were found in the family room, which was the second-highest percentage of location found, regardless of time of day. The kitchen accounted for 8.1% from 0600 to 1800. Hallways accounted for 8.1% during the same time period. Combined, the family room, kitchen, and hallways account for 32% of victim locations between 0600 and 1800. Given the data and general behavior of people, I believe that the majority of people that are capable of escaping on their own and keeping traditional hours will make their way out of the house prior to our arrival. I believe the data supports that many of the victims firefighters are finding during daytime hours are asleep and therefore found in the bedroom or may have woken up and become overcome by smoke while trying to get out. This is something to consider when deciding where to start your search. Location of the fire and these stats should be used together to help drive your decisions.

If there is one thing for sure, size-up decisions can’t be made merely using some of the classical decision-making cues that so many of us have heard. As times change, these don’t just apply to the urban environment, but to the suburban environment, as well. As we arrive to the scene of a house fire, while it is useful to note things like time of day, cars in the driveway, toys in the yard, board ups on the house, firefighters should not discount the absence of these traditional size-up indicators. In modern America, the lack of visual cues or time of day mean nothing about the possibility of the structure being occupied.

Clay Magee is an instructor with Magic City Truck Academy and a lieutenant with Birmingham (AL) Fire and Rescue. Clay began his career with the East Oktibbeha Volunteer Fire Department in 2004. He holds a bachelor’s degree from Mississippi State University and a master’s degree in Emergency Services Management from Columbia Southern University.  He has been published in Fire Engineering and other fire industry media, and is an organizer of Deep South Fire Conference. He has taught hands-on training at the Alabama Fire College, various fire conferences, and multiple departments across the state of Alabama. 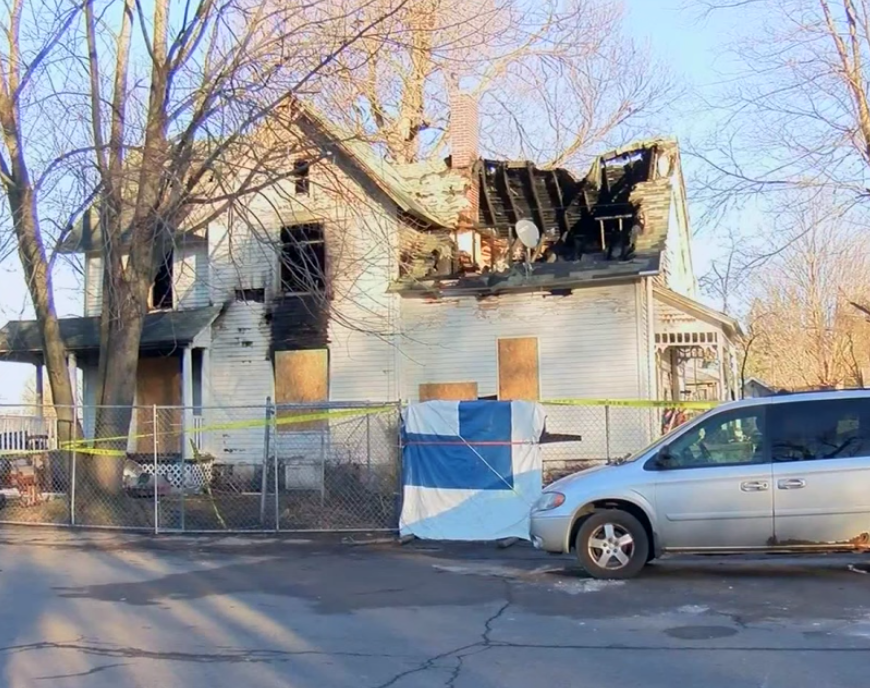 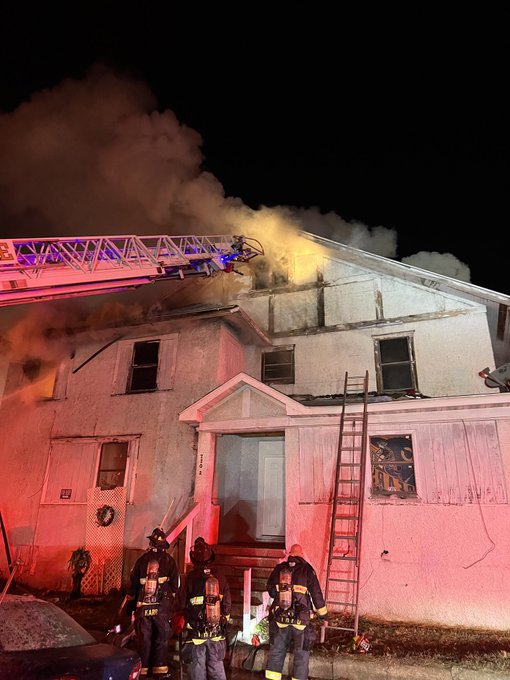